The Office needs to be an hour long 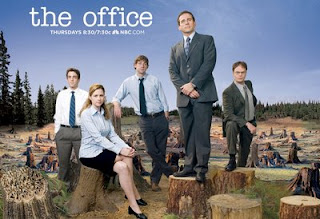 There is absolutely no reason why NBC's "The Office" couldn't be an hour long. I'm currently watching the first disc of the 4th Season right now and the last two episodes I watched were twice the normal length.
They were:
a) More enjoyable
because
b) they were longer.
Every DVD version of "The Office" has deleted scenes. I've watched most of them and I'd put them up there with any regular scene that made it to air. Sometimes they even get more crazy.
During one deleted scene we find out that Creed Bratton has been living in Canada on the weekends and sleeping under his desk four nights per week because "it's a welfare state."
This fact is never mentioned again.
Had this particular episode been longer than its allotted 22-minutes this would have been included. I love these little vignettes more than other parts of the show because they seem to take more of these types of chances.
It is for this reason that I consider them to be parts of the show's universal bylaws -- and there is no reason why they shouldn't be included.
But that begs the question: These longer episodes have deleted scenes too. I smell an hour-an-a-half-long show idea cooking and it smells delicious.

UPDATE: I was watching the episode "Launch Party" and as I was reading over the phrase "take a chance" above Andy Bernard started singing this song to Angela as he had all the other members of his accapella singing group backing him up on separate nearby speakerphones.

[Ignore the first 30 seconds and the Justin Timberlake dance break.]
Posted by Rob at 3:42 PM