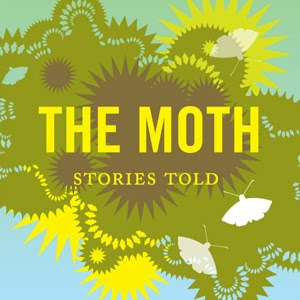 [Editor's Note: The following is the latest in a series covering my top 10 podcasts and my favorite episodes from each. Here's what we know so far:
#8 - The Moth Podcast
#9 - The Ricky Gervais Podcast
#10 - Fresh Air with Terry Gross]

There's a lot to like about The Moth Podcast. First of all, it's short. So, you know going in even if you don't like the story or the storyteller you're only going to be engaged for about 10 to 15 minutes at a time. This is also it's biggest downside as some stories could easily last several hours and I'd be fine. Also, whoever books the celebrity guests is a sometimes genius. There's no script for any of it and people just basically ramble on until the single violin note makes like the Sandman at The Apollo and hooks them off stage.

Having said all that, you do get some duds in the mix as well. Thankfully they're few and far between. In my opinion, some of the best stories come from celebrities who reveal a previously unknown side of themselves. Two examples that spring to mind are the episodes with Al Sharpton and another with Colin Quinn.
Posted by Rob at 2:00 AM