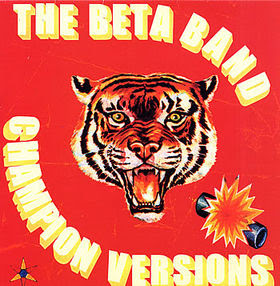 When The Beta Band's "Dry The Rain" (1997) was featured in High Fidelity (2000) the exchange between main character Rob (John Cusack) and his record store customer goes something like this:

Customer: This is a great song.
Rob: I know.

This is while the iconic trumpet part is playing over the store speakers in Championship Vinyl. This scene would not have worked if the song being referred to by the characters was not, in fact, a great song. The fact that it is makes the self-assured arrogance of Rob's response to his customer's visceral response ties the whole scene together. Before he even puts it on, he bets his coworkers that just by playing this song he will move multiple copies of The Beta Band's compilation album The Three E.P.'s (1999). He knew it was going to be like this.
The other great thing about "Dry The Rain" is that I knew that it was a slow burn that built towards a simmering climax even before I heard the entire song. Only the end really plays in the movie, but something about it feels epic even if you only hear a short snippet. It really only gets better every time you hear it. It really just gives and gives.
I also respect the fact that the trumpet part near the end doesn't need to be flashy to be memorable. Its slow, mournful wail over the final moments of the song seal the deal. They are everything they're supposed to be. I played trumpet in high school band and the implication with brass instruments is the lay into everything. It's an easy instrument to overdo just because it can be Alpha Dog. It takes restraint to do it correctly.