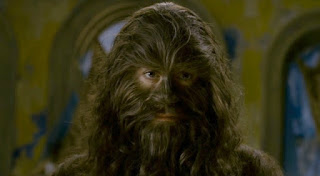 There are many things odd and unique about Fur: An Imaginary Portrait of Diane Arbus. However, I think the most amazing thing is that 41 years after the suicide of this legendary photographer this is the only movie that has been made about her life; and it's not even based in reality.
Diane Arbus led such an interesting and singular life that it's hard for me to understand why a movie that has little to no basis in fact is her lasting cinematic portrait. Fur is not a bad movie by any stretch, but it really could have existed on its own, with no connection to Arbus. By the same token an Arbus biopic would have had more than enough material to stand on its own.
Nicole Kidman stars as Arbus, a photographer who made her mark by photographing giants, transvestites, little people and other outcasts of society. The film is meant to expose the roots of this fascination as embodied by her upstairs neighbor, played by Robert Downey Jr., a man who is cursed with hair from head to toe. Over the course of the movie Arbus forsakes her husband Allan Arbus, here played by Ty Burrell, for the furry man named Lionel Sweeney.
I started watching the movie only half paying attention to what was going on, yet even as I became more invested in the proceedings I still was having trouble grasping what to make of what was before me. The movie is compelling just for the simple beauty and the beast plot line, but there's something more to it than that. The film begins with the title card explaining that the film "is not a historical biography" but instead "reaches beyond reality to express what might have been Arbus' inner experience on her extraordinary path." This leaves us guessing the rest of the entire film at what is real and what the creators of this film made up.
Perhaps it's because I wasn't familiar with Arbus' work, but I would have much preferred a more truthful tale about her life. It inspired me to do my own research into her life and work, but as I was watching Nicole Kidman shave the ailing Robert Downey Jr. from head to foot, I pined for the scene to be real. But I knew it never could be. Or was it? I don't know.
Historical fiction as a genre is generally reserved for older people and events and even then for those places in our shared past of which we all have some sort mutual understanding. Fur undermines this concept by reveling in flights of fancy, lifting off from some runway so covered in fog that we can't tell where the land begins. I respect the risk that director Steven Shainberg took by making such a movie. Certainly he went out on a limb.
But wouldn't a Nicole Kidman movie where she falls in love a sexy Wolfman played by Robert Downey Jr. been enough of a log line to draw in investors? That's the kind of pitch that sells itself.
Posted by Rob at 10:03 PM