This challenge was forwarded to me by friend Kelly with the following instructions:
"Don't take too long to think about it. Fifteen authors (poets included) who have always influenced you and will always stick with you. List the first 15 you can recall in no more than 15 minutes, and they don't have to be listed in order of relevance to you."
Let's get it.
1. Nick Hornby
About a Boy and High Fidelity are both pretty perfect distillations of what it feels like to be a young man caught between adulthood and adolescence long after the universe has shifted.
2. Kurt Vonnegut
Maybe I'm biased because I'm also a native of Indiana, but Vonnegut just gets what it is to be human and manages to relate this in the saddest, funniest way possible.
3. Hunter S. Thompson
Possibly the coolest person ever to live, Thompson pioneered a new form of journalism which really just meant that he had the courage to tell the truth that every reporter is an unreliable narrator.
4. Bret Easton Ellis
The Rules of Attraction continues to be of my favorite chronicle of the fake problems that magically appear in the absence of actual strife.
5. Stephen King
For a period during high school I operated a Stephen King fan e-mail newsletter that at one point had over 150 subscribers. Do we need to discuss this further?
6. David Sedaris
Holidays on Ice is in my top three favorite books of all time. The king of first-person memorization.
7. Mary Roach
She manages to make even the most unsavory subjects palpable and even fun.
8. Chuck Klosterman
I will become you, one day, Chuck Klosterman. Mark my words.
9. Bill Bryson
I've had trouble recommending Bill Bryson to others because he comes off as dry, but I'm a fan.
10. Sarah Vowell
Maybe it's because I heard her on This American Life first and her voice is so awesome, but I can't get enough.
11. David Foster Wallace
I love the fact that his footnotes often take up more real estate than the actual piece. A perfect example of a writer who sees every detail about the subject he's chronicling whether or not he wants to.
12. Douglas Adams
Hitchhiker's Guide to Galaxy? Yes, please.
13. Dan Savage
He's probably done more for healthy sexual discourse in this country through his hilarious tone.
14. Whoever writes The Onion/A.V. Club
Consistently insightful and hilarious.
15. William Faulkner
The Sound and The Fury contains pretty much everything you need to know about the American experience.
Posted by Rob at 7:28 AM No comments: 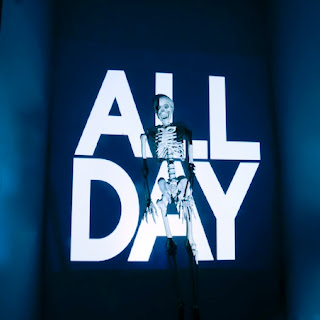 Greg Gillis (AKA Girl Talk) has always been one of my favorite mash-up artists. This has caused some disillusion amongst some of my friends, many of whom hold a less than favorable view of him. My friend Sean, who is himself a sick mash-up DJ and claims credit for this mashup of Nelly's Country Grammar and Lynyrd Skynryd's Sweet Home Alabama, claims to be unimpressed by his stylings. Same goes for my friend Zack, whose opinion I trust in these matters as he introduced me to the wonders of Ludachrist just for starters.
Myself, I can hardly contain my excitement that today saw the release of his latest mix, All Day.
From open seconds of Black Sabbath's "War Pigs" transposed over Ludacris' "Move" I was hooked. Anyone who has encountered Gillis' previous work on Night Ripper and Feed the Animals will know how they feel about his rapid-fire style and this is just more of the same. I couldn't stop laughing when I first heard "Ice Cream Paint Job" over "Strawberry Letter #23" and that's what I love about Girl Talk. The first few times through the most fun is guessing what will come next. After that the question becomes how he thought to pair the two at all.
Posted by Rob at 4:55 PM No comments: