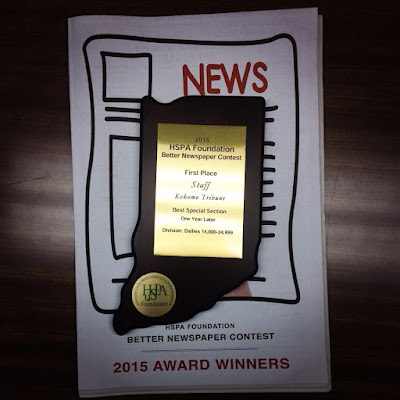 On Dec. 5, 2015 at the 2015 Hoosier State Press Association Foundation Better Newspaper Contest Awards Luncheon and Newsroom Seminar at the Indianapolis Marriott North, I, along with the rest of the Kokomo Tribune staff, won First Place for Best Special Section for Division 5, which comprises daily newspapers with circulations between 14,000 and 34,999. 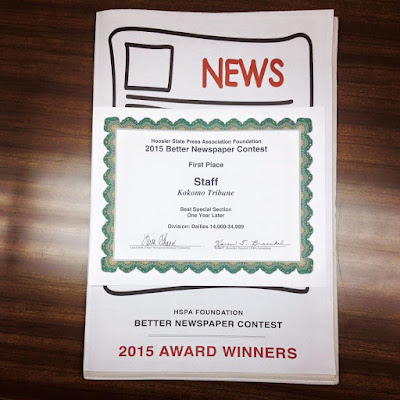 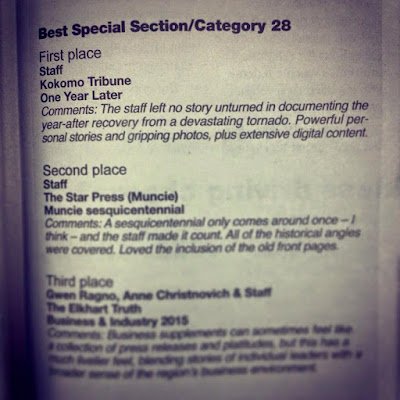 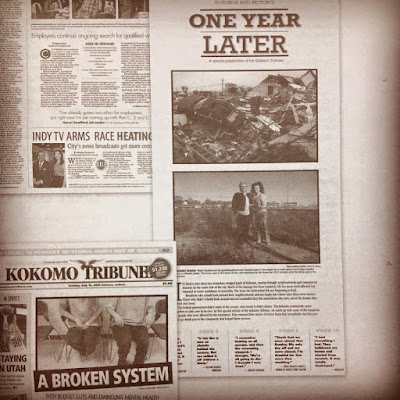 I wrote one of the main stories for this package, "Tornadoes damage 300 homes and commercial properties," in addition to three sidebars. You can view my story and the rest of the package online by clicking the links below:


I also contributed the audio from my interview with survivor Karen Glendenning for the accompanying video, "One year later: In their own words."


You can download a copy of the awards tab here.