Here is a list of elections I have been honored to have been asked to serve as an Election Night Reporter for: 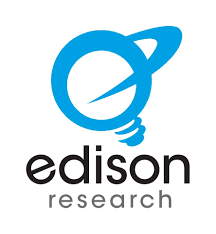 During the General Election on Tuesday, Nov. 3, I worked as the Election Night Reporter for Wabash County, Indiana for Edison Research. “We provide exit poll and vote results information to news organizations to analyze the results of the election and project election results,” according to the company. About a week before the election., I completed a five- to 10-minute rehearsal call. On Election Night, Edison Research provided a number to call and I read the results for President; Governor; and U.S. House, Congressional District 2 off to one of their operators as they were updated throughout the evening. “I would like to thank you for all of your hard work and dedication on Election Night! The Edison Research team and viewers around the world appreciate all of the work you put into this Election. The reporting of the results that you watched online or on your TV was only possible with your help,” said Election Coordinator Taylor DelRocco on Tuesday, Nov. 16, 2020.

During the May 3, 2016 primary election, I served as an Election Stringer for the Associated Press for Howard County, Indiana. Here is a section from the instructional packet describing the duties involved:

"The results you provide are accumulated and distributed to newspapers, broadcasters, cable networks and websites across the nation for immediate publication and broadcast. We are providing real-time results so speed is important, but the accuracy of the information you provide is of utmost importance. We want to be fast, but first we want to be right. AP reporting places priority on accuracy, timeliness and completeness in that order. By achieving these goals, we will have a successful election night."