The "Blog of "Unnecessary" Quotation Marks

If you haven't seen it yet, this blog is hilarious.
(Grammar snobs out there should be thrilled with this concept.)
Posted by Rob at 3:48 PM No comments: 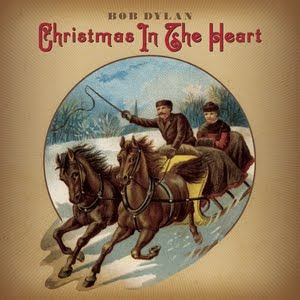 I've been watching for the Bob Dylan Christmas album pretty much since I heard about it. That was several months ago and just last week I finally got to hear it.
"Christmas in the Heart" is a solid album.
It really couldn't have been anything else. The set-up was so good the execution hardly mattered. Dylan's grizzled voice is boosted by his expansive backing band. It's like the town drunk found the most expensive karaoke machine in existence and warbled your favorite holiday tunes.
Dylan has also safeguarded himself against calls of being some sort of sell-out (a subject I'm sure he'd rather avoid after the "goes electric" kerfuffle.) Watch and learn.

Feeding America will receive Dylan's royalties from sales in the USA, while two further charities, the United Nations' World Food Programme and Crisis in the UK, will receive royalties from overseas sales. Dylan said: "That the problem of hunger is ultimately solvable means we must each do what we can to help feed those who are suffering and support efforts to find long-term solutions. I'm honoured to partner with the World Food Programme and Crisis in their fight against hunger and homelessness."

A stroke of genius. It's almost as if it should come with a label that reads: "Sitting in judgment of this album is like sitting in judgment of starving people. Shame on you. (Let's listen to Mr. Zimmerman play his songs.)"
Speaking of which, for a Jewish man I certainly haven't heard any Hanukkah songs come out yet. He has previously done dabbled in Christianity before on the albums "Slow Training Coming" (1979), "Saved" (1980) and "Shot of Love" (1981).

Perhaps he hasn't completely given up on these concepts. If he at least got behind what we was singing about the whole concept would be boosted several times over.
In any event, two videos were released to promote the album. (Spoiler alert: "Must Be Santa" is far more fun than "Little Drummer Boy.")


There is no excuse for not hearing this album.
Posted by Rob at 5:16 AM No comments: 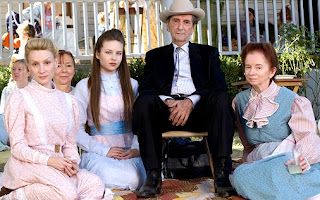 And so on.
If I didn't know this was a joke and had never heard the show before I'd probably think this was all too real...and frightening. Since it's not it's pretty awesome.
Posted by Rob at 5:58 AM No comments:

In another example of one of my friends being awesome, Artist Joey Weiser is on page freaking two of the very last issue of "Nickelodeon Magazine" (December/January 2010.) He conceived of the story for an incredibly inventive Spoungebob Squarepants comic.
The hero of this tale is Gary the Snail. I didn't know who he was before reading this but after some research I found that he not only shares several characteristics of a housecat, but he is also the rightful King of Bikini Bottom. Here's a chart I found that proves it:

If you're interested in media issues check out this BBC News special piece on the state of the newspaper industry in relation to Google aggregation of content:

The internet search giant Google has detailed plans to limit the number of online newspaper articles its users can read for free.

But Rupert Murdoch in particular, the owner of News Corporation, has been a strong critic of the practice, claiming that Google and other companies are profiting from the work of others.

From now on, Google users will be limited to five news stories per day from some sources.

Emily Bell is the director of digital content for a competitor to News Corporation, the Guardian.

Let's see how this whole "monetizing" thing goes. Let me tell you, I just came back from the Black Friday sales last week and people are still in search of a deal. Trust me. They don't want to pay any more than they have to. It seems at this point that putting walls on previously gratis stories will only drive readers elsewhere.
Posted by Rob at 4:16 AM No comments: 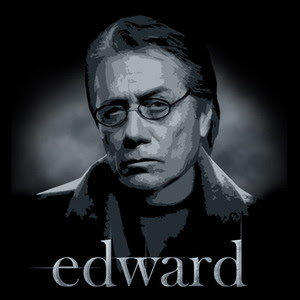 There are certain movies that I've just kind of accepted that I'm going to have to see if I want to have friends. These films generally have a few common threads: They all:

* Were beloved as soon as they appeared several years ago in a printed format.
* Generally have some sort of science fiction twist to them.
* Have Lots of characters.
* Feature flying and magic.
* Guarantee beaucoup sequels.
* Require large budgets.
* Are loooooooooong.

These include, but are not limited to the movie series of: 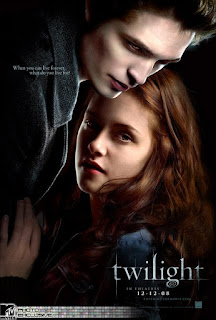 I knew I would have to see the annoyingly titled "The Twilight Saga: New Moon" (like they couldn't have just called it "Twilight II: Get Yer Wallets Out" and then called it a day.) And the thing is that I didn't even mind the first movie in retrospect. At least it had atmosphere and a few memorable scenes. I complained about it initially, but given a choice I would have just watched it twice and just skipped the follow-up.
Whereas the initial film appeared to be at least trying to extend a hand to those who hadn't read the books the second installment in the sure-to-be four part series "New Moon" instead leaves this contingent on the side of road on the way to bank. I haven't read any of the original series and being a book lover I respect that apparently the movies stick almost annoying close to the source material. Despite all that I still was completely baffled by this movie.
What I did understand I was completely annoyed by. The plot, such as it is, has vampire lover Edward leaving Bella who falls for mostly-shirtless werewolf Jacob. There is never any question that Edward is coming back and that Bella is going to be with him forever one way or another. Jacob is never a serious candidate. Any tension created in the first movie of Edward and Bella staring silently at each other for what felt like hours was completely absent here. At least the main love interest was there to be stared AT.
At one point I fell asleep for what I estimate to be 10 to 15 minutes and I didn't get the sense that I would have understood anymore if I had stayed awake, which was very little. Teens moped. Every once in a while a werewolf would fight with a vampire or another werewolf or whatever for the affections of said mopey teen.
If the theater employees had lined up along the exits as the credits rolled they could have actually made the arm pump and the cash register noise as we exited. At least that would have been a bit more honest.
Posted by Rob at 3:04 AM No comments: