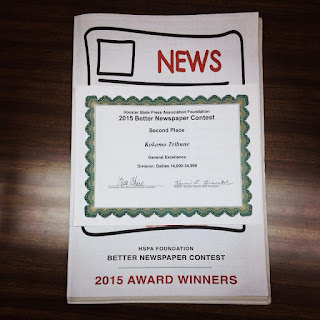 On Dec. 5, 2015 at the 2015 Hoosier State Press Association Foundation Better Newspaper Contest Awards Luncheon and Newsroom Seminar at the Indianapolis Marriott North, Kokomo Tribune won Second Place for General Excellence for Division 5, which comprises daily newspapers with circulations between 14,000 and 34,999. 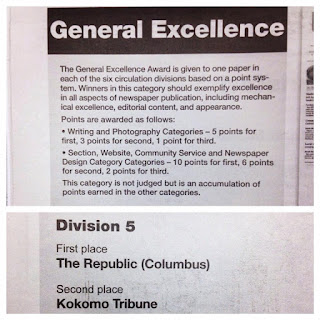